Another fun and exciting month! Every day Louie gets more fun… so interactive and such a personality!

Louie has gotten lots of college gear from friends, aunts and uncles!

Some jammies from Auntie Kirstin! We are missing her so much while she is in London this semester!

We took Louie to his first Nativity County Fair! He met lots of kids his age

Can we talk about this face???

Louie had lots of 1st’s this month… it was hard to capture them all but here are a few shots:

He is actually long enough to touch the ground in this already! He loves playing with his toys and grabbing the owls 🙂

He no longer naps during dinner, so we decided to have him join us! He loves being a part of the grown up table and having conversation with us during dinner!

Louie spent a lot of time with different people this month! He is so blessed to have so many people who love him!!!

The big event for Louie this month was his baptism! I’ll be posting a separate post on the day but here are a few pics now:

Clothes: Baby Gap and Old Navy, he is wearing 3-6 months and they fit perfect. Carter’s and other stores he wears 6 months if they are sold in 3, 6, 9 month etc. etc.

Diapers: Size 2, can’t believe how well they fit, worried we will have to bump up again soon! (still hasn’t had a blow out yet… knock on wood)

Food: Formula! We just bumped him up right before he turned 4 months to 7 oz. bottles… still seems hungry after a bottle but spits up so we are talking to the doctor about possibly starting cereal/other solids this week!

Sleep: Sleeps through the night. Going down between 8-9, and gets up between 6-7. Sometimes he wakes around 5:30 and talks to himself in his crib until 6:30 when I finally get up 🙂 Thank God he is a happy baby and doesn’t scream the minute he wakes up! We sometimes still swaddle him, mainly when it feels cold so we can use it as a blanket, but for the last few weeks we have been swaddling with his arms out.

New Developments: At 15 weeks he had his first belly laugh! Oh man it’s Charlie and my goal every day to get him to do it. But it’s about a once a day thing. Cannot wait for him to do it all the time- makes my heart flutter! He got his first cold this month… such a little trooper. We have been using the humidifier and propped his mattress up (which ended up making him just roll down to the bottom every night) He is a good sport about the suction ball and nose drops… man it takes baby’s longer to get over a cold then it does for us! He still loves to stand, and for the first time the other night he rolled over on his own, although he hasn’t done it again since! He is also trying to hold his own bottle now… man before you know it he will be able to do everything on his own 🙁

Likes: Football! He actually shows preference in the different sports on tv, and definitely gets most excited when football is on!

We tried pickles for the first time, and just like his mommy he LOVES it! 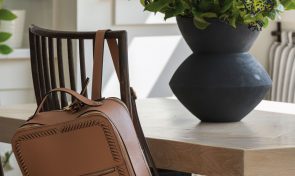 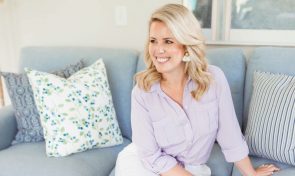 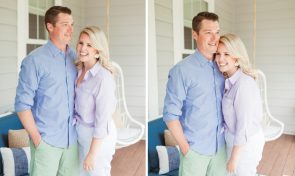 Father’s Day Gift Guide
Back to Top
Join The List